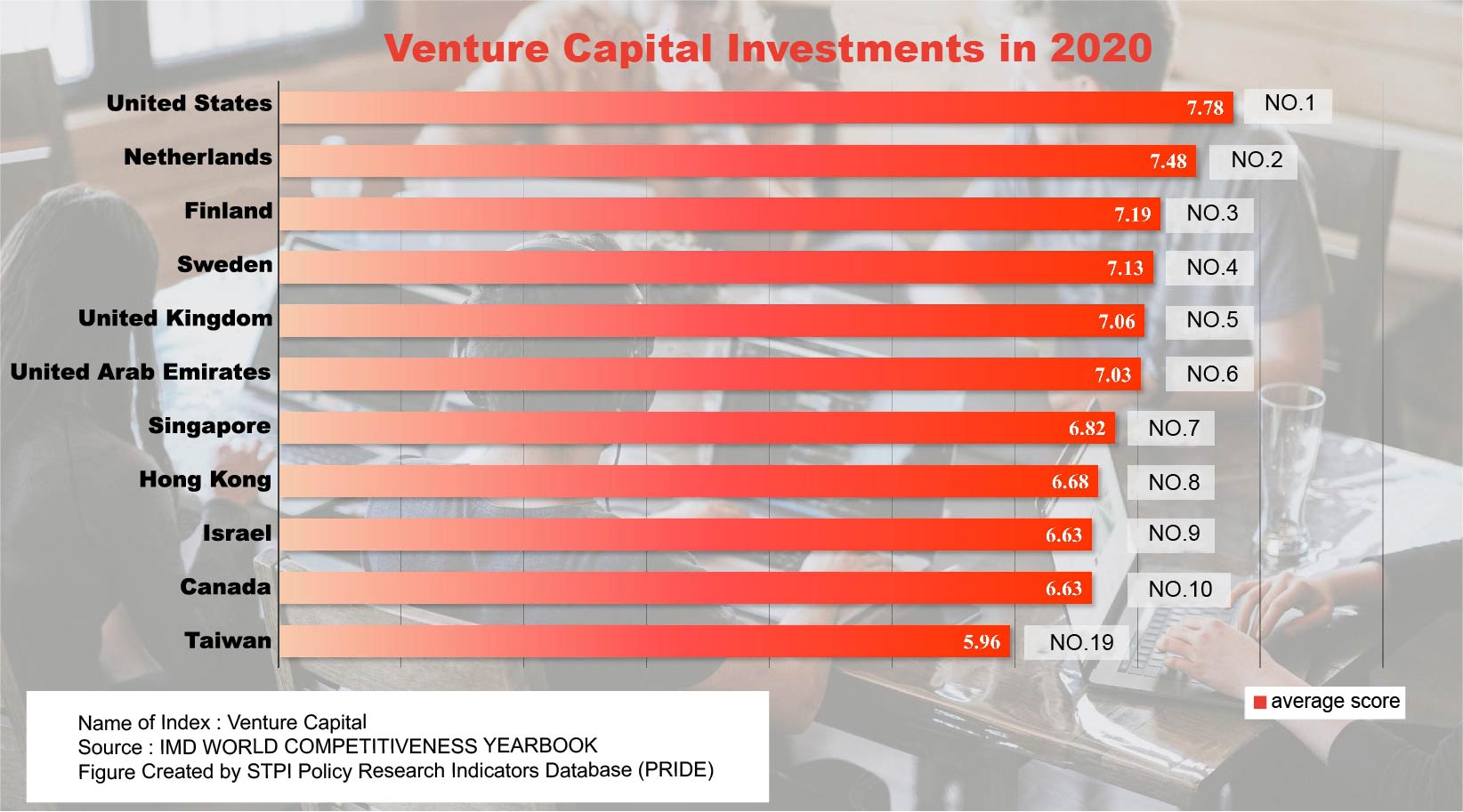 Venture capital represents a means for investors to accelerate the development of a startup enterprise if it is deemed to have the potential for high growth and to possess revolutionary technology and other advantages. Venture capital is therefore considered to be a very important source of much-needed funds for business startups. Venture capitalists usually target startups that are not yet profitable, which requires investors to assume a much high level of risk.

In the IMD World Competitiveness Yearbook 2020, 63 major economies around the world were ranked in terms of “venture capital”. The US, home to startup paradise Silicon Valley, took the No. 1 spot with an average score of 7.78. The US, a country widely recognized for its technology startups, provides a mature ecosystem that has been spawning quite a few unicorns on an annual basis. The 2nd to fifth places went to the Netherlands (7.48), Finland (7.19), Sweden (7.13), and the UK (7.06), which are all located in Europe. Countries in the 6th, ninth and 10th places were the United Arab Emirates, Israel, and Canada, respectively.

Taiwan made it to the top 20 on the list (19th), up to eight places from 2019, significant progress indeed. The country ranked only behind Singapore (7th) and Hong Kong (8th) in the Asia-Pacific region. The rankings of other major economies in the region are as follows: Indonesia (23rd), Thailand (24th), Malaysia (30th), Japan (34th), Mainland China (38th), and South Korea (41st). These performance rankings indicate that Taiwan has a clear advantage in terms of access to venture capital.

Under the joint leadership of the government, industry, and academia, Taiwan’s artificial intelligence, information and communications technology, and medical care and biotechnology industries are advancing rapidly, and conditions are mature for further venture capital investments. In addition, Taiwan's economic environment enjoys several advantages: inclusiveness, diversity, and openness, which are all necessary conditions for starting new businesses. The country hopes to attract more new startups with revolutionary technologies to take root in Taiwan while encouraging investors to take higher risks and fund these new companies. The purpose is to foster entrepreneurial spirit and promote the digital transformation of the economy so that Taiwanese startups may shine on the world stage.