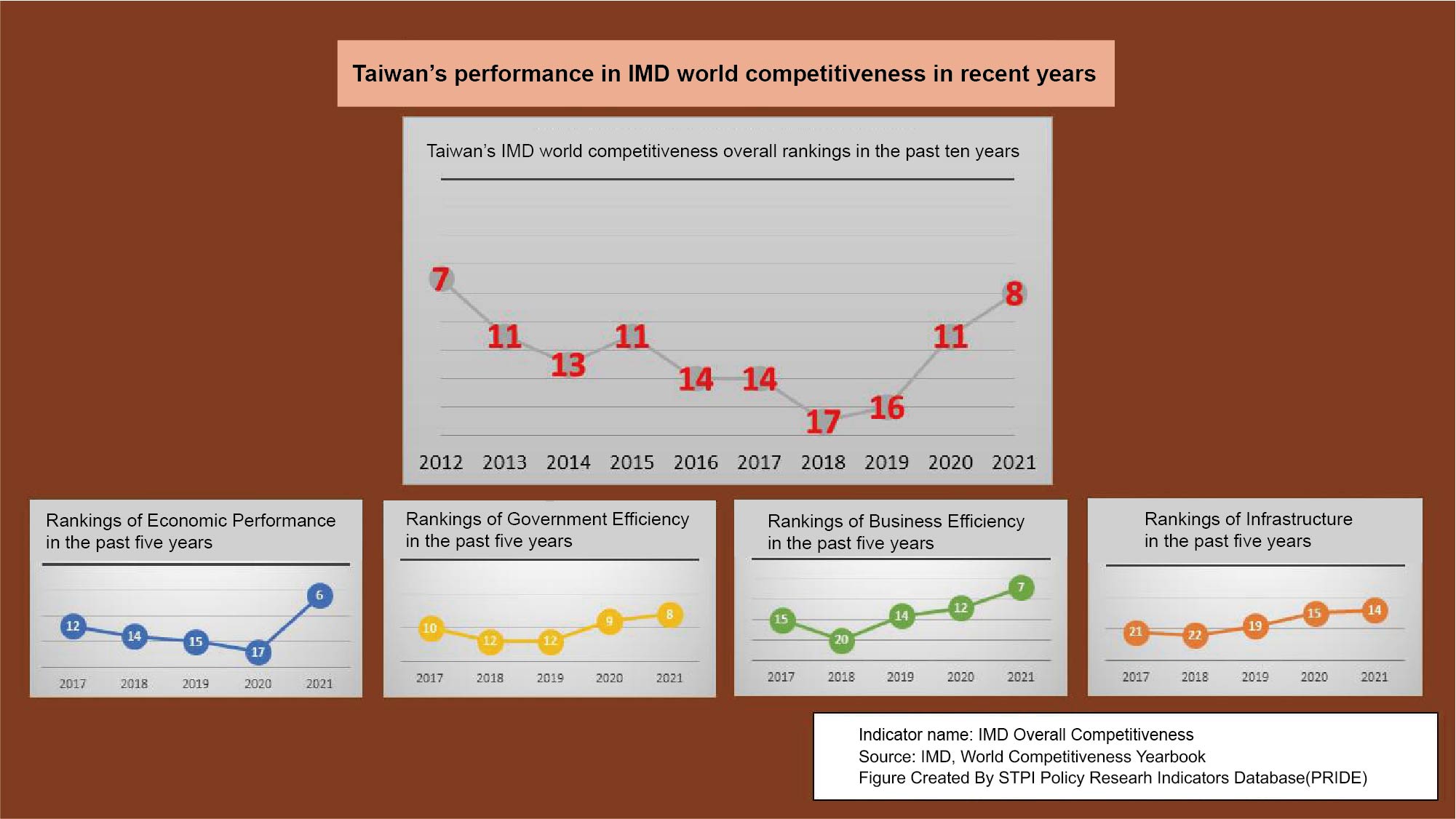 The IMD World Competitiveness Yearbook published by the International Institute for Management Development each year employs over 200 statistical indicators and criteria to assess and rank the competitiveness of major countries and regions around the world in four key areas: economic performance, government efficiency, business efficiency, and infrastructure. The yearbook serves as an essential reference for government administration in all countries.

Among the 64 assessed countries and regions, Taiwan ranks eighth in 2021, the best showing since 2013. Switzerland tops the overall ranking in 2021, followed by Sweden, Denmark, the Netherlands, Singapore, Norway, Hong Kong, Taiwan, the UAE, and the US. Sweden has the most remarkable progress, from sixth place last year to second place this year. In contrast, Singapore has fallen from first place last year to fifth this year. Taiwan has improved from 11th to eighth place. Compared with neighbouring economies in East Asia, Taiwan’s IMD competitiveness ranking in 2021 is second only to Singapore (5th) and Hong Kong (7th). Among 29 economies with a population of more than 20 million people, Taiwan ranks first. The ranking of other major countries in 2021 is listed as follows for future reference: Finland (11th), Germany (15th), Mainland China (16th), UK (18th), Korea (23th), and Japan (31th).