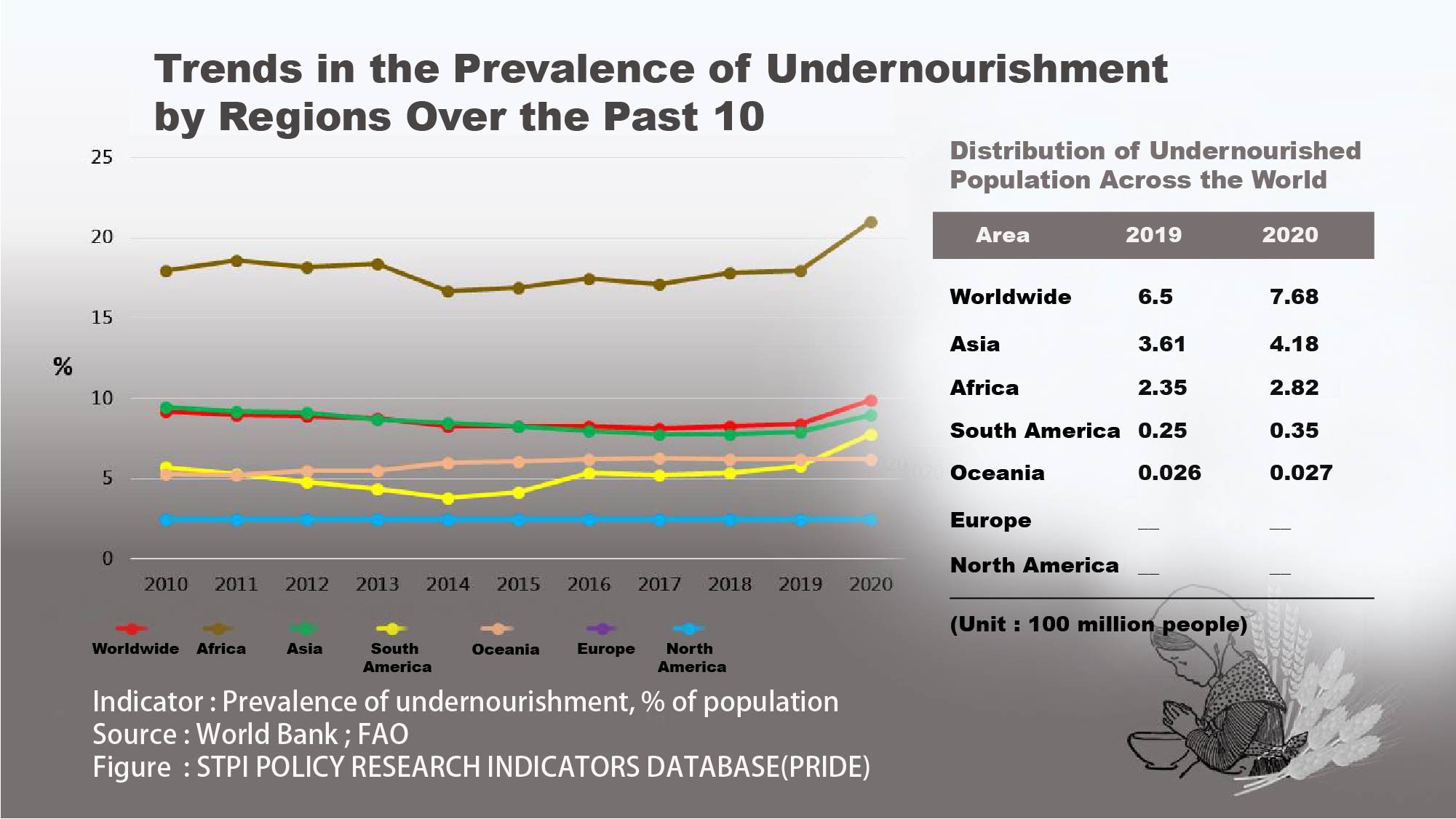 Achieving “Zero Hunger” is the second goal among the United Nation (UN)’s 17 Sustainable Development Goals (SDGs), and its first target (Goal 2.1) is to end hunger and ensure access by all people, in particular the poor and people in vulnerable situations, including infants and children, to safe, nutritious, and sufficient food all year round by 2030. To achieve this goal, the UN’s Food and Agriculture Organization defines hunger as equivalent to chronic undernourishment and measures levels of hunger across countries by the Prevalence of Undernourishment (PoU)—the proportion of population whose habitual food intake is insufficient to maintain their daily minimum dietary energy requirement.

According to the chart above, approximately 17% to 18% of the population in Africa were undernourished over the past decade. By 2020, the number had risen to 21%, indicating that one in every five people was undernourished, making Africa the continent with the world's biggest population of people suffering from hunger. Asia came second globally with a PoU of 9% in 2020, up 1.1% from 2019. The global average PoU also grew by 1.5% between 2019 and 2020, from 8.4% to 9.9%. Meanwhile, the PoU in Europe and North America were below 2.5%.

The chart above also shows that hundreds of millions of people in all corners of the world are still going hungry after all these years—a situation hardly imaginable for people living in Taiwan. Facing the fallout of the global COVID-19 pandemic, the number of undernourished people continued to climb in 2020, adding to the uncertainties and challenges of reaching SDG 2, which is to end hunger by 2030.